Skip to content
HomeArticleTurkey // Feminist resistance in times of femicide 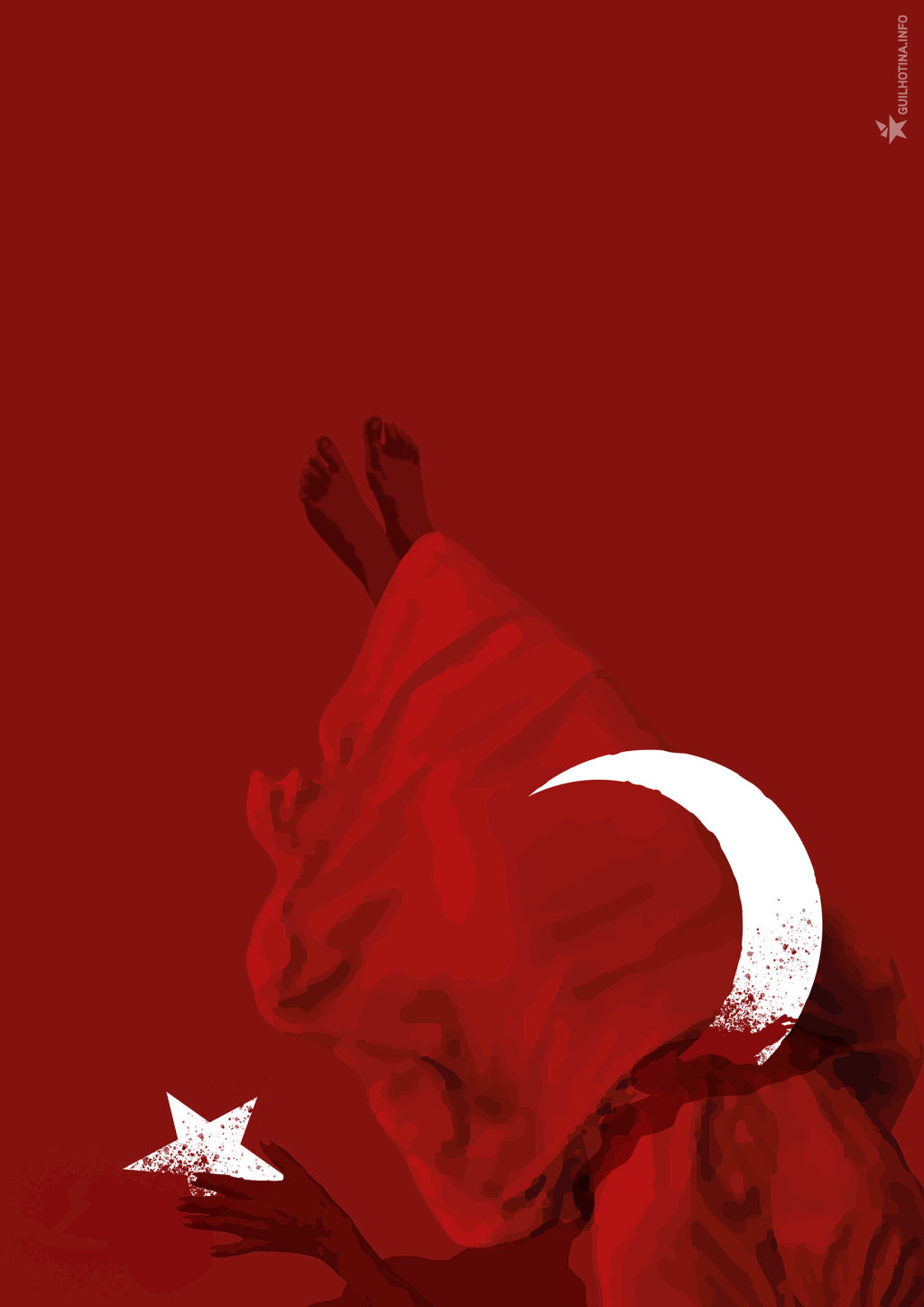 Note: This is a revised version of an article originally published on January 8, 2018.

At least 409 women were murdered by men in 2017, according to a report divulged by the “Let’s Stop Femicide” platform. This report was compiled by gathering articles published on turkish media about female deaths. This makes it highly likely that the real number of deaths is much higher. Of the 409 deaths reported in 2017, around 26% of them were women killed by their husbands, 14% by their fathers, 11% by boyfriends, 7% by men with whom they had ended relationships, 8% by their own sons, 4% by relatives and 4% by ex-husbands. This means that 74% of these deaths were caused by men, 48% of the time by husbands and boyfriends (or ex-husbands and ex-boyfriends). The remaining 26% of deaths had no clear cause.

This report also states that at least 396 of these women were killed after requesting a divorce, others for “wanting to make independent decisions about their lives”, for refusing “reconciliation with their aggressor” or for “financial reasons”. The culture of violence against women is a growing phenomenon in Turkey, having killed almost 2.000 women since 2010.

The regime’s connivance is evident when at least 237 women were told by public institutions to reconcile with their aggressors after having denounced misogynist agressions and asked for protection. Three years ago, the Ministry of Family ordered the inquiry of 15.000 households in Turkey. In said inquiry, over 37% of women said they had experienced physical or sexual violence, or both. A woman’s solidarity organization in Ankara states that the numbers are frightening and that the “state of emergency imposed after the attempted coup d’etat has worsened the condition of women”.

The violent face of a conservative and authoritarian regime

Since Erdogan came to power, the rights and freedom of women and LGBT people have been under attack. Erdogan’s conservative and misogynist rhetoric, aimed at capturing the votes of nationalists and religious fundamentalists, has inflamed the debate and generated a regression in the country’s gender equality. There have been several cases of regime figures making comments about how women should act or be treated, exposing them more and more to misogynist violence.

The goal is to limit woman’s role in society to “motherhood”, with Erdogan declaring that each “woman in Turkey should have at least three children” and that, if they don’t, women are “deficient and incapacitated”. In his speeches, he also doesn’t refrain from classifying feminists as “terrorists for not understanding the question of motherhood”. The appeals to change laws regarding the right to abortion and access to contraceptive methods are also part of his discourse, all the while classifying women as more “delicate” and “weak” in comparison to men, ascribing each a different biological disposition.

The hate speech against women is echoed in the complacency with which the state institutions treat cases of misogynist violence. The strategies used by aggressors to escape court conviction or to have their sentences reduced include saying they “were provoked”, while others declare themselves suffering from mental health problems” or that they “suffered insults and cheating from women”.“

The association of Solidary Women of Izmir critiques the regime’s conservative position, “which tries to intrude into women’s lives”. Simultaneously, they affirm that “[2012’s] law could protect women” but, in reality, when they head to “police stations or to the Public Ministry itself, they are sent back home to reconcile with their husbands or [these institutions] simply write them a protection order that has no actual effect.” In one of the reports, several of the women complained that they are ignored by police, who claim they are too busy dealing with “more important issues”. One of the women who complained of discriminatory behavior said a policeman told her “A coup d’etat has happened, police have other matters to deal with.”

Feminist resistance in Turkey – from Gezi to today

The occupation of Gezi Park in 2013 reinforced what was already know in Turkey: the different feminist movements are on the front lines of every protest, defying the sexist politics of the State and combating the political violence created by the masculinization of public space and speech. Konda, a polling agency, estimates that 51,5% of women protesting in Gezi were women.

A short time after Gezi, several women reported that they had suffered acts of sexual violence at the hands of police during protests. A week later, thousands of women came to the streets in protest, their main motto “A life without Tayyip [Erdogan] is a life without harassment”.

At the end of 2016, Erdogan had intentions of passing a law which would allow the rapists of underage girls to be pardoned if they agreed to marry their victims. This proposal generated a new wave of indignation against the regime, which was forced to retract the proposal after thousands of women inundated the country’s streets in protest against another attack on the rights of women and the normalization of sexual violence.

A few months ago there was another demonstration of women’s power; during the Ramadan, a young woman was assaulted for wearing shorts while riding a bus in Istanbul. The aggressor himself said that the victim “deserved it for the way she was dressed”. Two days after, a woman was approached by a security guard in a park in Istanbul who told her that “she couldn’t walk there dressed like that”. The answer to these misogynist agressions was quick; the next week, the streets of Istanbul filled with hundreds of women in solidarity with the victims, denouncing the sexist violence that is overtaking public spaces in Turkey.

Hundreds of women also demonstrated against male violence during the past 25th of November.

Using the failed coup d’etat as pretext, many women have been labeled as “terrorists” and removed from their workplaces. They have also been organizing around such matters, in order to resist the purge that has affected thousands of people. One of the most celebrated cases in this struggle is the one of academician Nuriye Gülmen who, along with her colleague Semih Özakça, is on hunger strike for over 280 days in order to get both of their jobs back. Amidst this, she was arrested and then freed three weeks ago. Her hunger strike continues.

The Saturday Mothers (Cumartesi Anneleri) are a civil disobedience movement created in 1995, a product of the war against the Kurdish people and the military coup of the 80’s. These women use public squares to protest against the disappearance of thousands of people. They meet in such places all over the country every Saturday, having already held over 600 protests. Their main demand is the return of the bodies of the disappeared and for those responsible for the disappearances to be brought to court.

As the culture of violence intensifies and becomes normalized by the regime in its speeches about the role of women in society, several feminist movements have emerged as a form of direct resistance against the misogyny that kills women daily and attacks every facet of their lives. The Gezi occupation confirmed the central role that women assume in the struggle against State violence. They are one of the central pillars in the construction of movements that stand against war, gendered violence, capitalism and the destruction of the environment.

Additional readings about the feminist movements in Gezi.