The gathering was set to start at 9:30, but 50 people were already gathered half an hour earlier in front of the door of Calle Argumosa 11, in the neighborhood of Lavapiés, Madrid, in order to stop the eviction of 65 year old Josefa Santiago, best know as Pepi, and her two daughters.

The story of Pepi is similar to many others in a city undergoing a brutal gentrification process. According to the latest data, rents in Madrid have risen 27% over the last 4 years on average. On some neighborhoods, the increase reaches almost 40%. 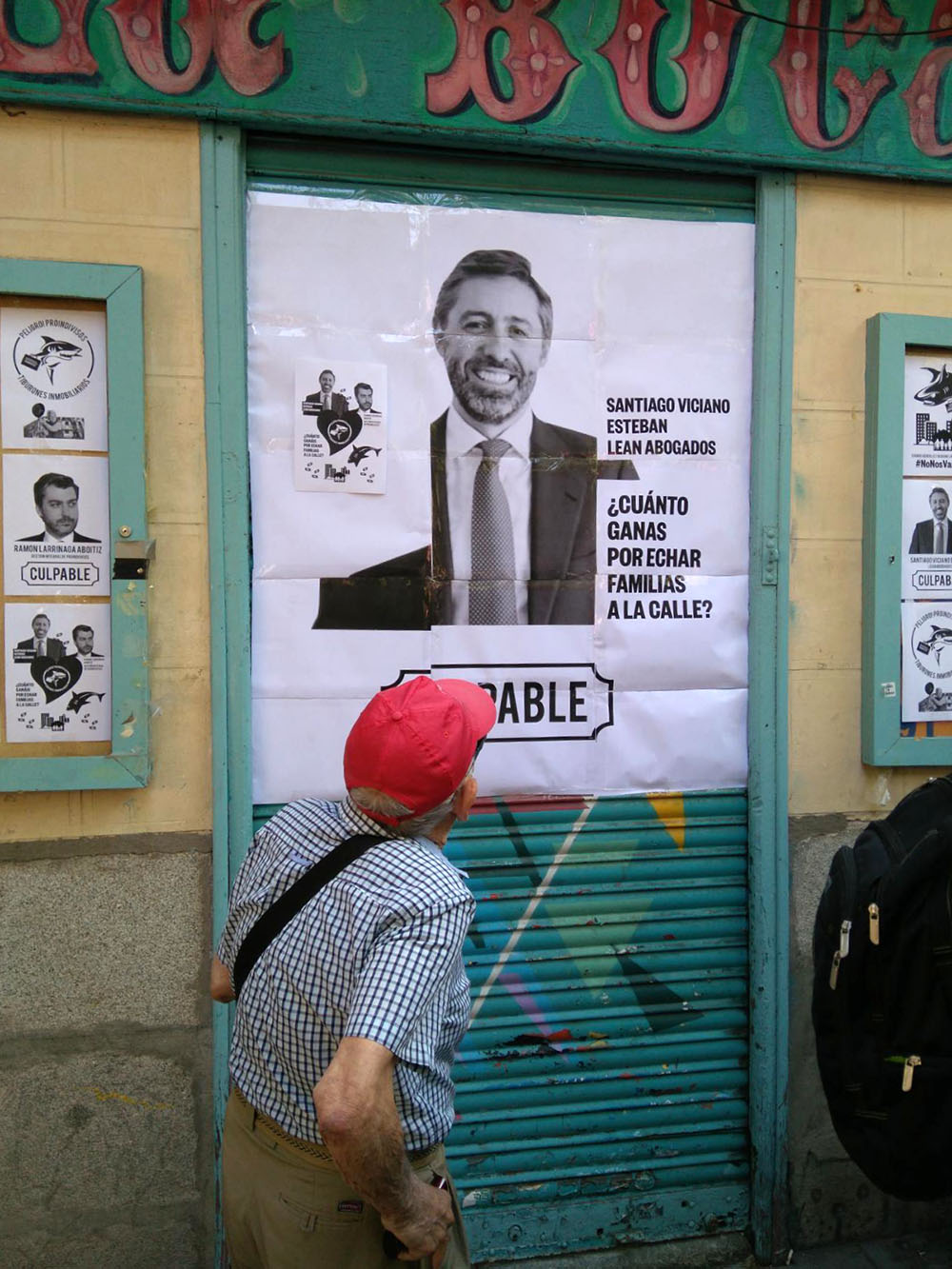 The building where Pepi lives was sold to a real estate fund by the name of Proindivisos SL. A few months ago, they started sending burofaxes (a type of fax used in the Spanish State that can include notary services and be used as a legal notification) to the tenants, warning that their contracts wouldn’t be renewed and that rents would suffer a 300% increase, and refusing any further negotiation attempts.

In November, two representatives of the new proprietors offered tenants 2.000€ if they abandoned their apartments in two months time. According to the tenants, only one of them accepted the offer. Three of them had to leave their houses at the beginning of the year, when their contracts expired. A fourth left last week.

Any time a house is left empty, a team of bricklayers comes to brick up the door. Four apartments are already bricked up. There is a pile of bricks and cement bags next to the main entrance of the building, awaiting the next house to become empty.

The modus operandi is always the same. First, remove the residents with older and lower rents; do some renovation work (sometimes with state subsidies) and then rent with tripled prices.

Organization and resistance in the neighborhood of Lavapiés 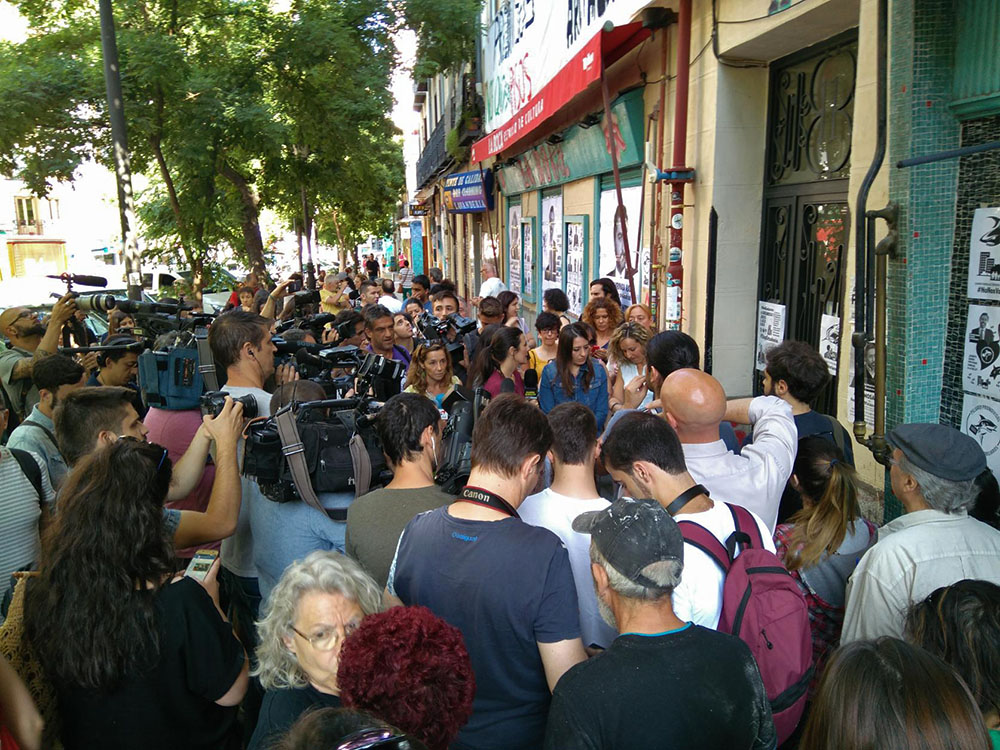 Yesterday’s concentration was called by the recently created Tenants Union (Sindicato de Inquilinas), by the center PAH (Platform of the Affected by Mortgages), by the Lavapiés ¿dónde vas? (Lavapiés, where are you going?) association, and other collectives.

The assembly of these movements, which gathers weekly, tried to contact the Ayuntamento (City Council) of Madrid. They want the municipal government to have a mediator role between the proprietors and the judicial power to prevent evictions without a housing alternative, as would be the case of Josefa Santiga. They also demand that Ahora Madrid (the city’s ruling coalition) implement a far reaching plan against housing speculation.

The Ayuntamiento has been very timid in its response so far, arguing that they don’t possess available social housing in the neighborhood of Lavapiés. The Tenants Union replied with a list of empty and bricked up apartment floors, property of the EMVS (Municipal Company for Housing and Land).

Pepi’s eviction was stopped due to the resistance of the local residents. There will be a new eviction attempt on the 31st of the current month. Guilhotina.info will be present to document the whole process.